Beck Wadworth’s home is the epitome of minimalist style, which is precisely what we’ve come to expect from the fashion-forward founder of An Organised Life. 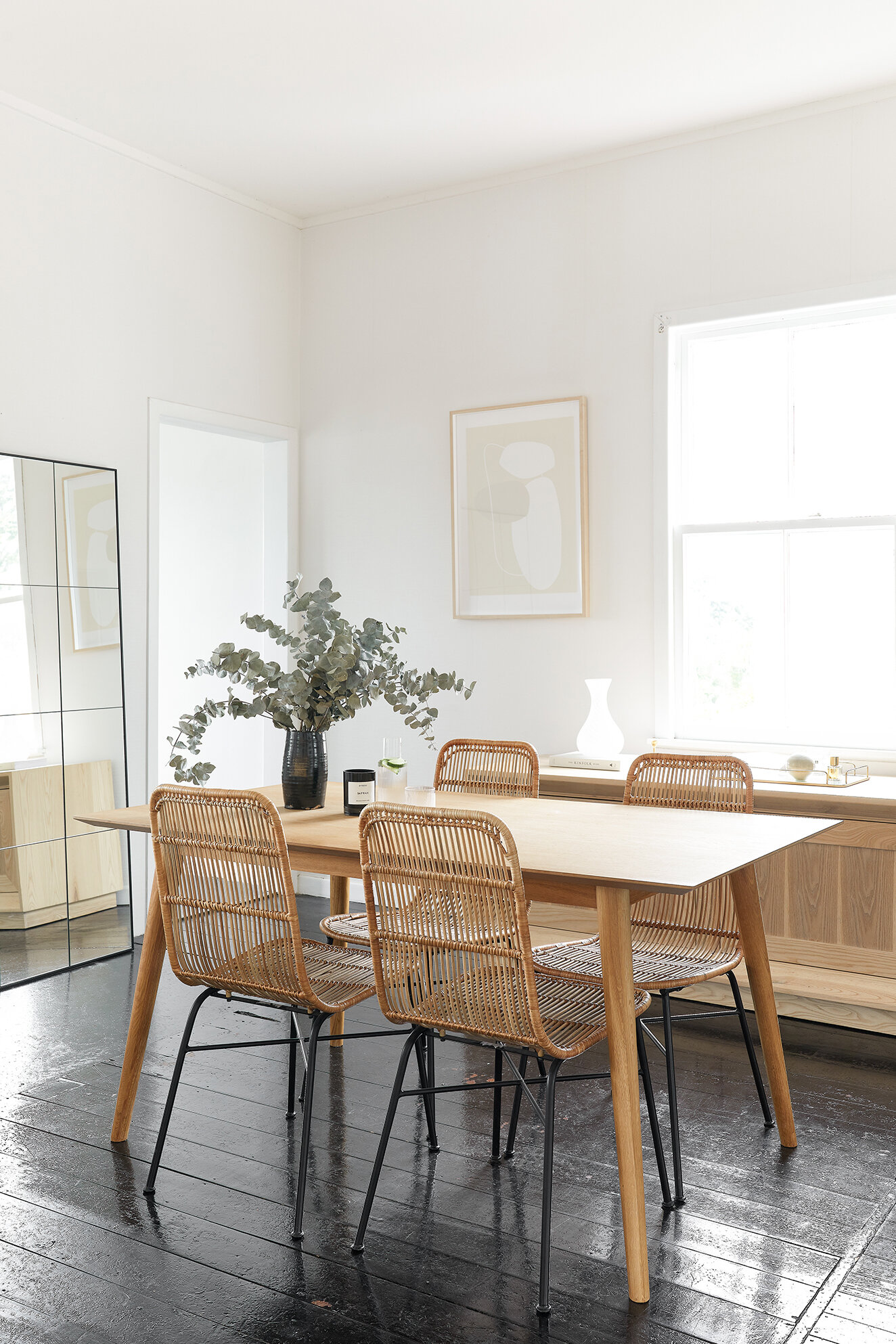 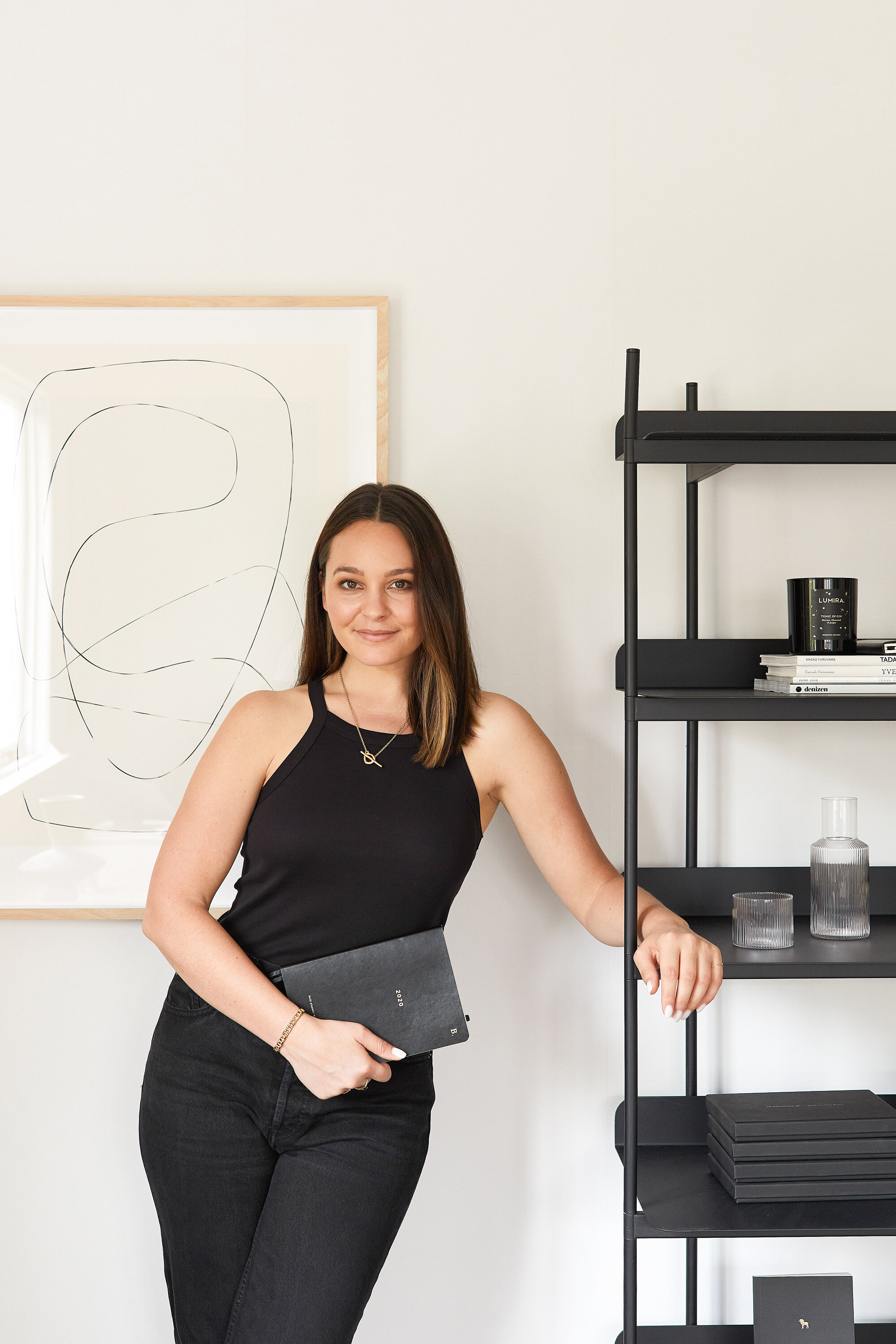 If you’re familiar with Beck Wadworth’s stationery line, An Organised Life, it won’t come as a huge surprise that her interior style is similarly monochromatic, classic and, well, very organised.

“I love fresh white walls and wooden floors,” she says. “I prefer to add texture and tones rather than lots of colour.” Working off the well-known minimalist mantra ‘less is more’, Beck achieves the effortless harmony of black and white by using a ratio of two-thirds light colour to one-third dark colour in each space.

Light-filled, relaxed, tidy and uncluttered, without being sterile, Beck has mastered a balance that’s hard to strike. Basically, it’s a minimalist’s dream. But don’t think it’s without personality. Instead of relying on colour and pattern, Beck has added personal touches through art and photography. Her walls are adorned with framed film photography shots by her long-term boyfriend, Jason Domancie.

Their two-storey Parnell weatherboard rental acts as both home and office for the creative duo. After six years living in Sydney, the pair decided to make the move back to New Zealand two years ago because, as Beck says, “there’s no place like home.”

The business maven, who founded An Organised Life in 2013, is the only one of the company in New Zealand; “the rest of the team and HQ are in Sydney and Melbourne, so it was really important for me to create a functional workspace that also made me feel inspired and motivated,” she explains. Like the rest of her inspo-worthy home, her office is minimalist, sharp and sophisticated, but with an inescapable warmth. 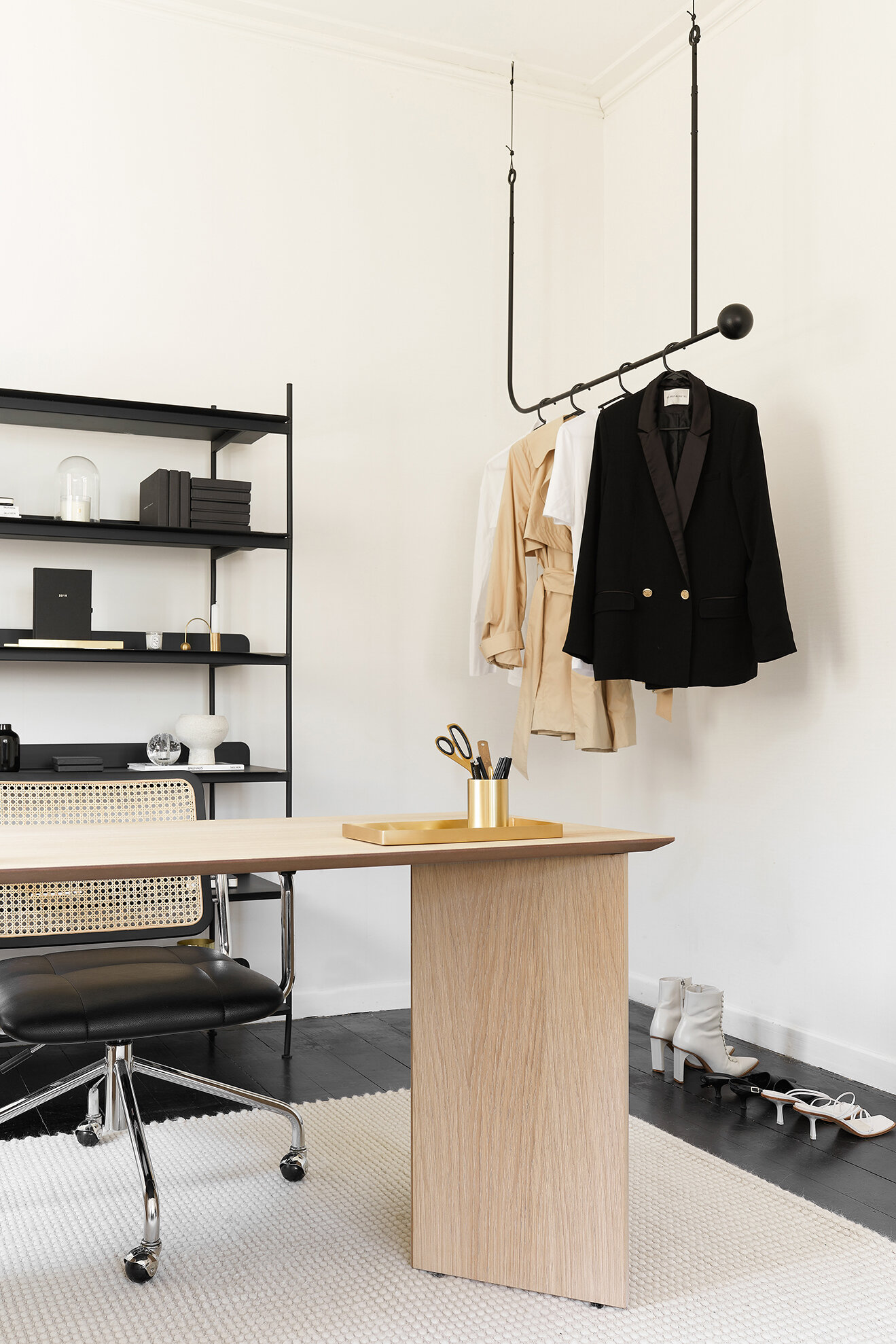 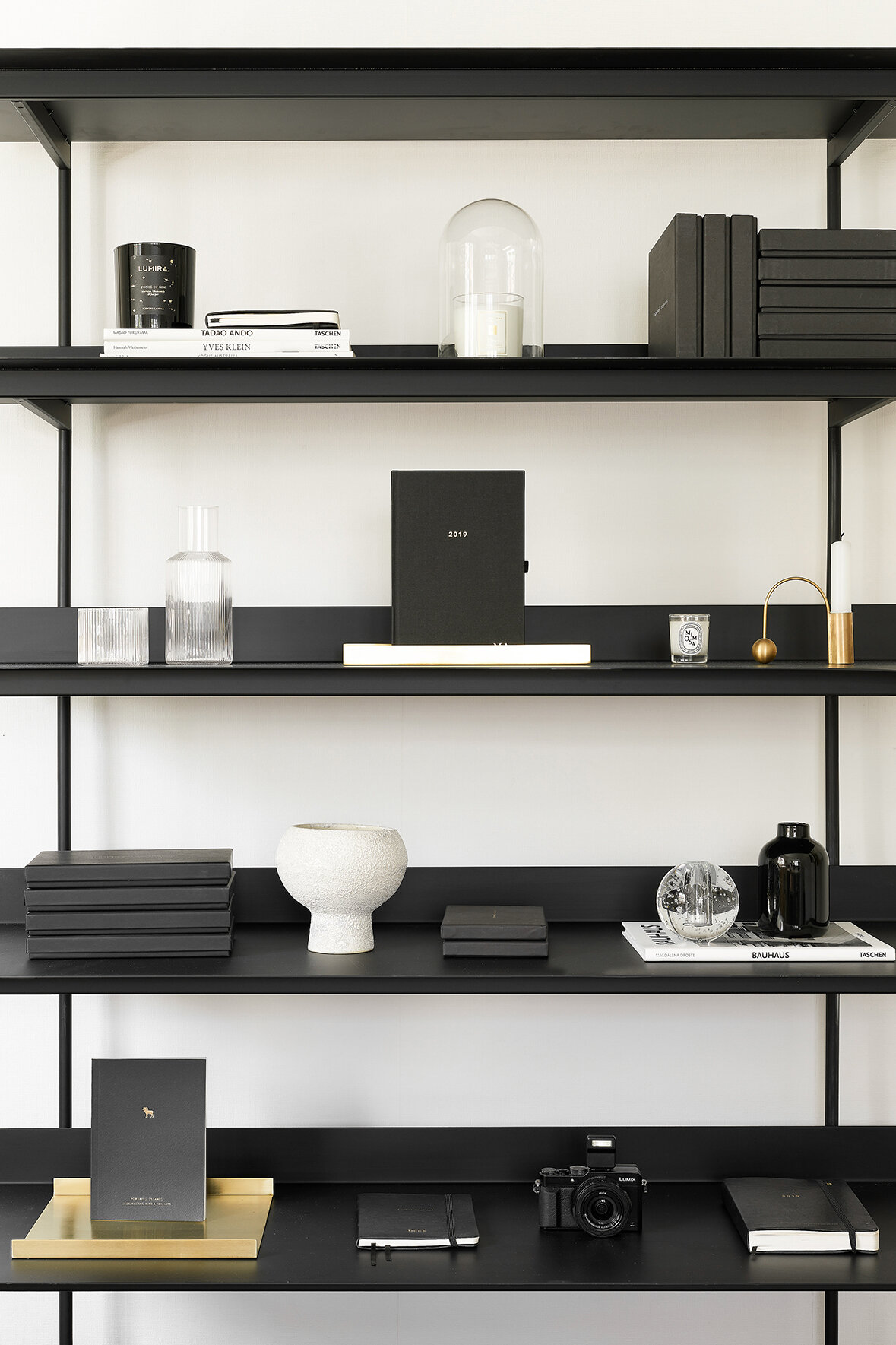 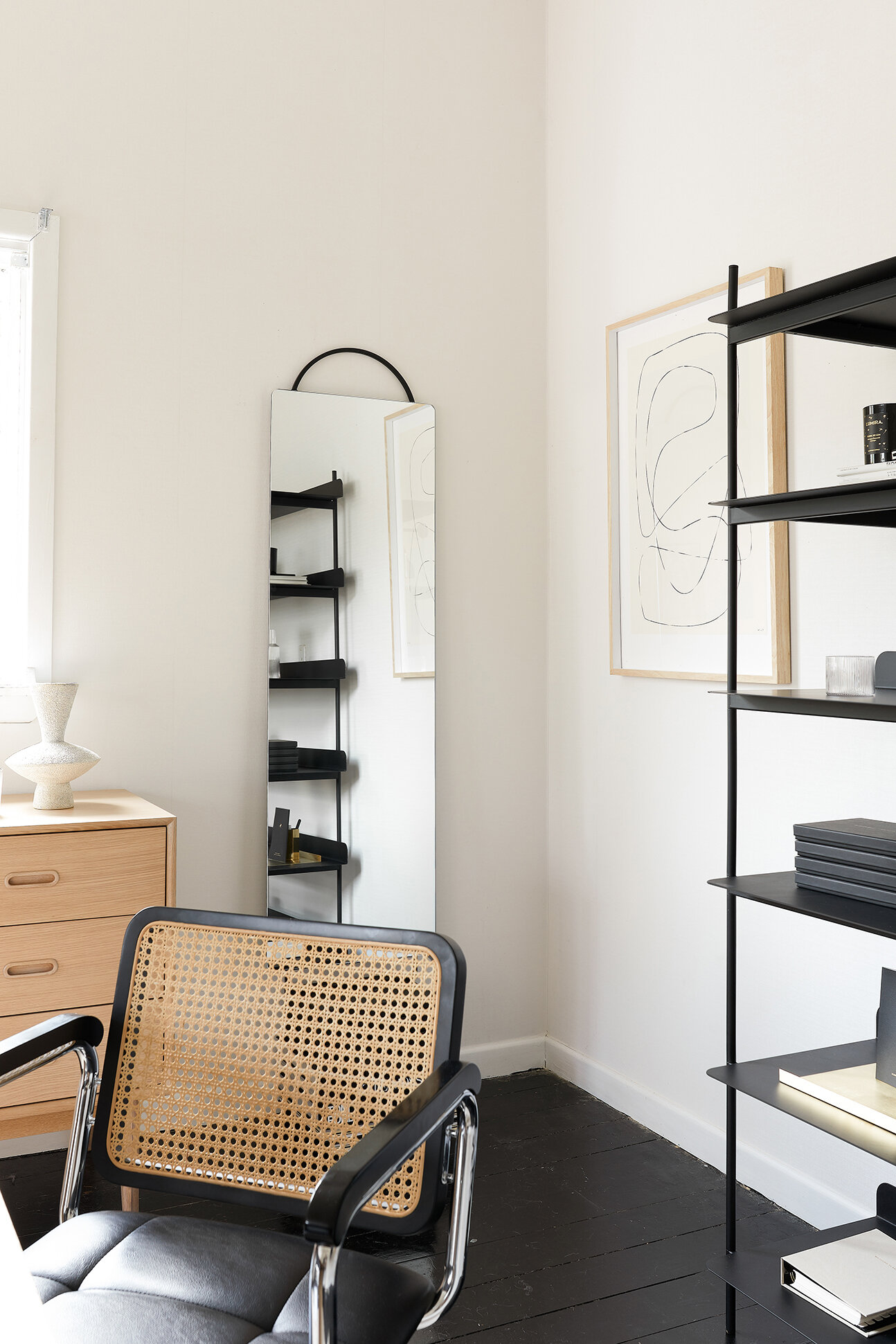 So, how does someone who’s dedicated their career to helping others stay organised, keep organised herself?

“I’m definitely making sure I stay positive and grounded,” Beck says. “Some days are easier than others with all the unknown at the moment, but I find prioritising my to-do list is the best way to stay on top of things. I also like to include breaks and look ahead as much as possible with planning and organising for the coming weeks and months as much as I can.” 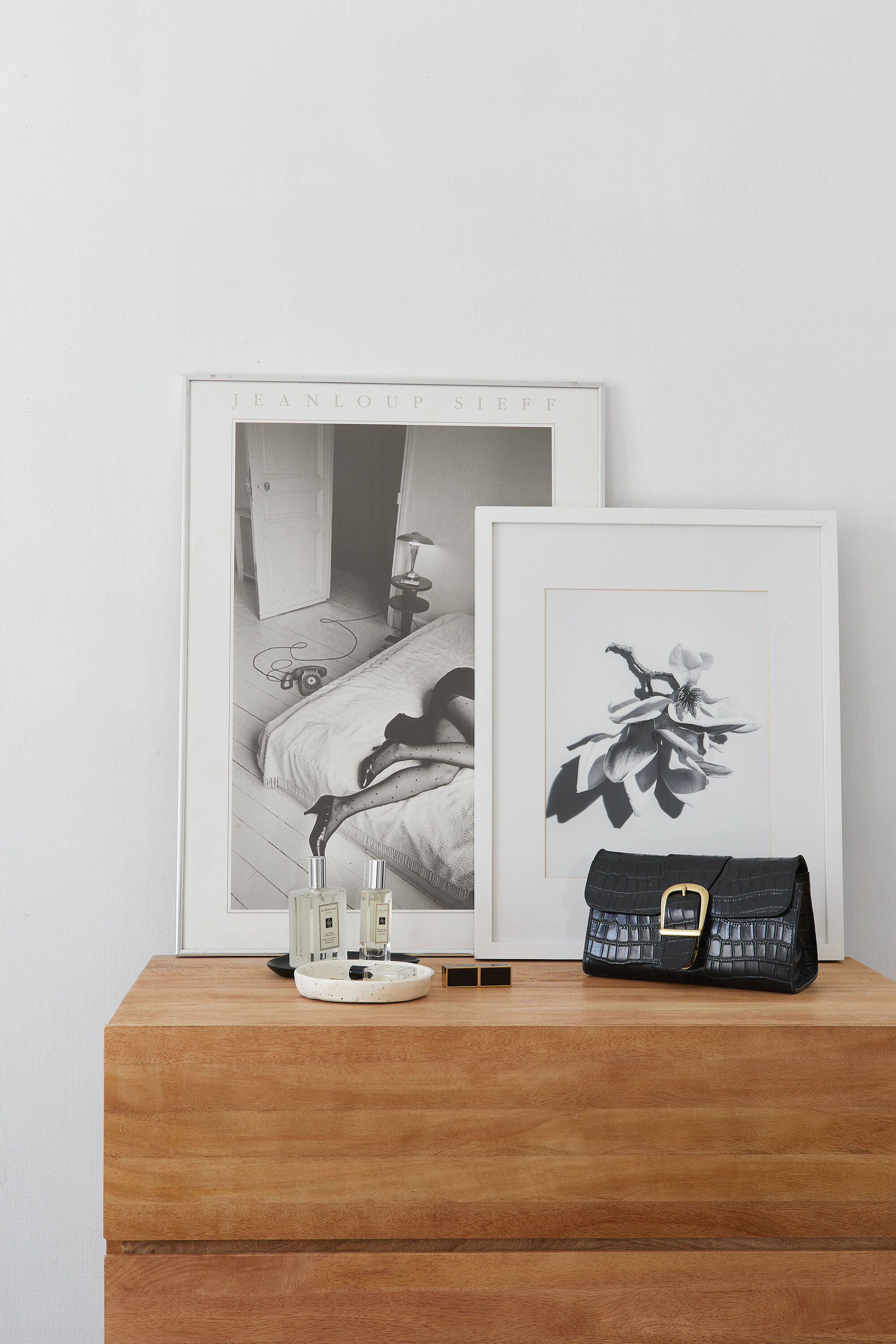 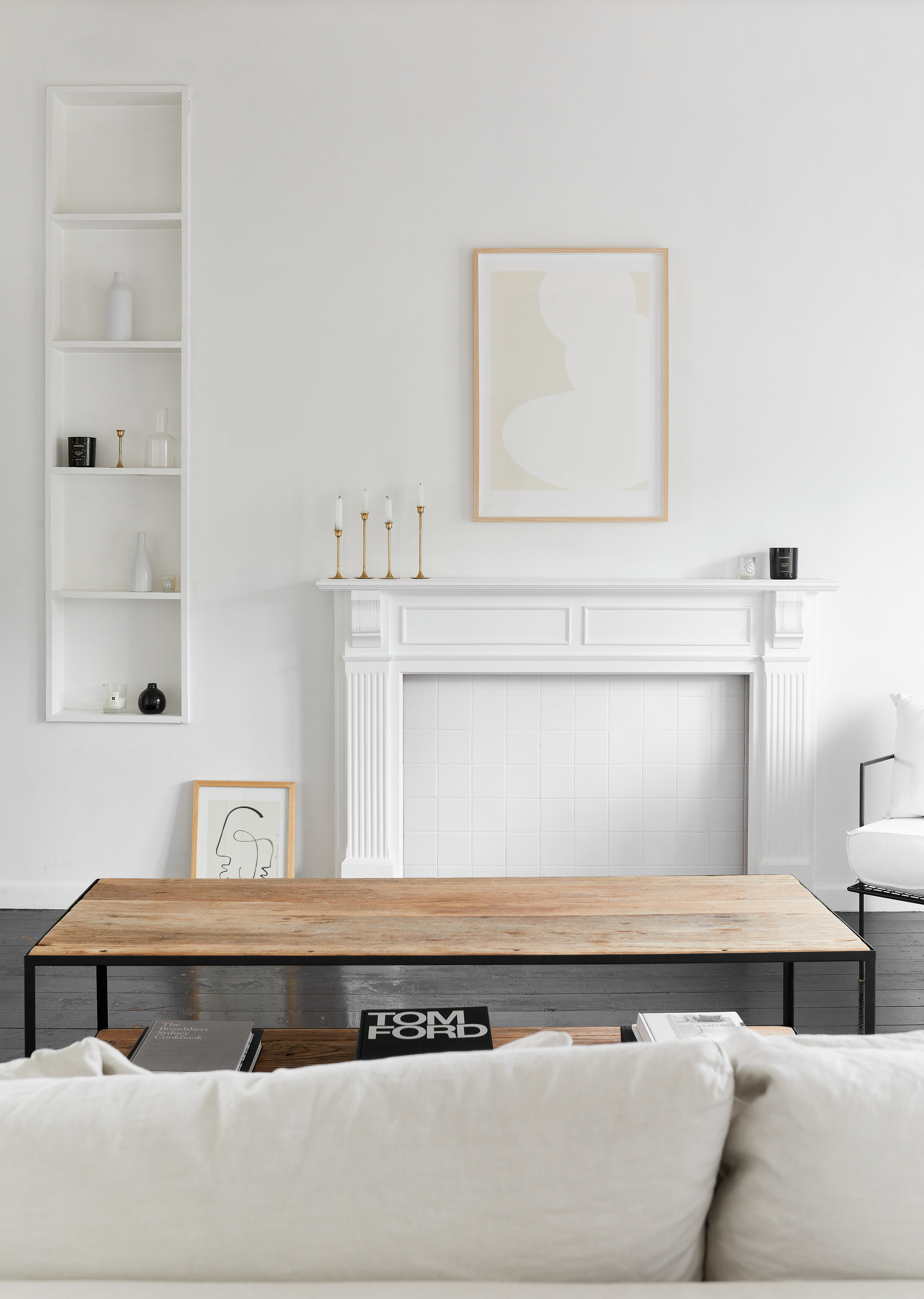 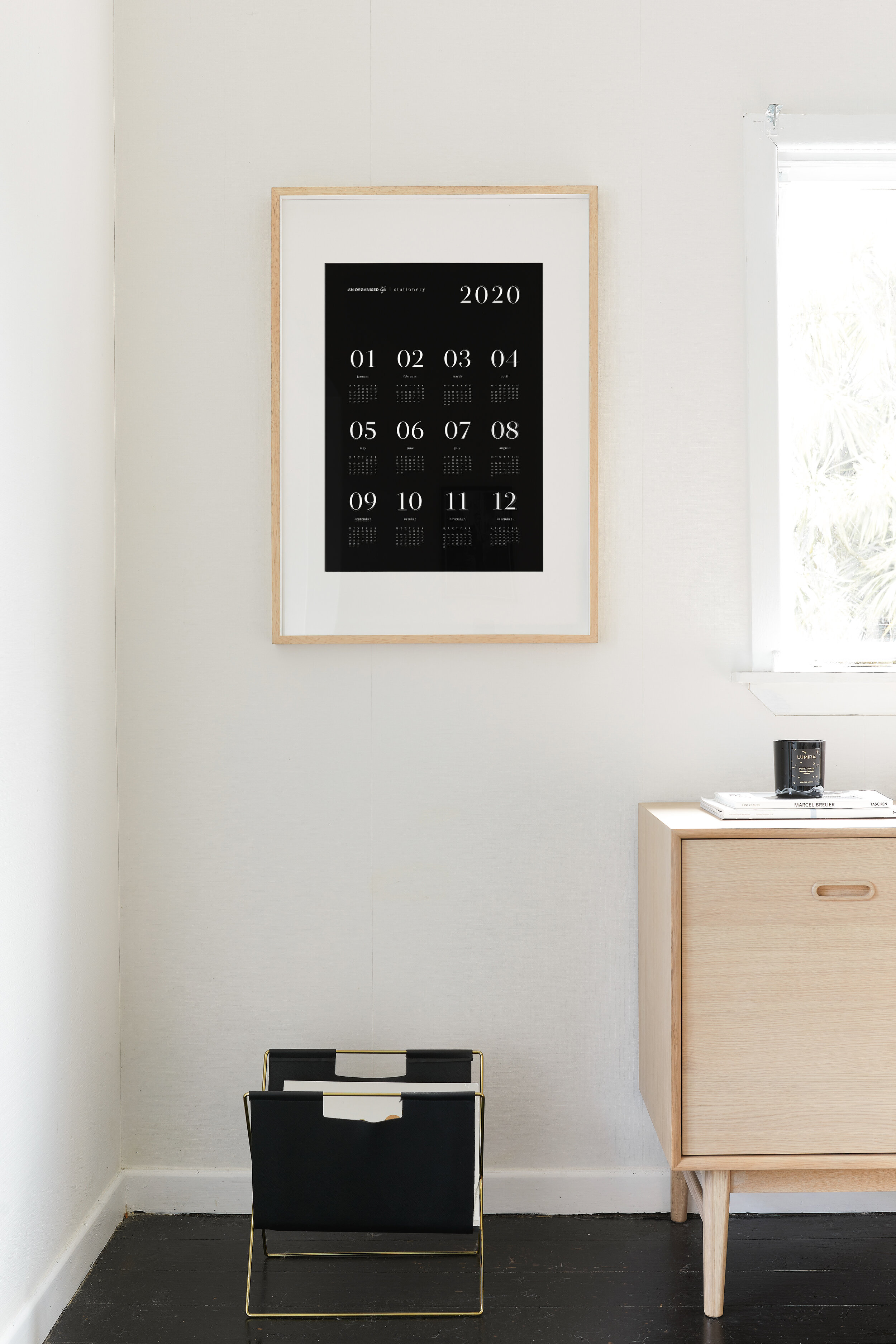 Her favourite pieces include their statement chairs from Bohème Home and St Clements. “They suit my style perfectly, I also love the functional shelving and hanging rack from SLOW store.”

Her ‘saved’ folder on Instagram is filled with wishlist pieces she’d love to finish the space with — new artwork, another floor-length mirror and a bigger dresser for their bedroom. But, there’s no rush to find these pieces just yet, Beck favours a slow approach to interior style — discovering pieces that provide function and style is particularly important.

When this fashion-forward entrepreneur is not in her meticulously organised office, you’ll find her in the lounge listening to music, enjoying a glass of wine and probably playing a game of backgammon. Dreamy. 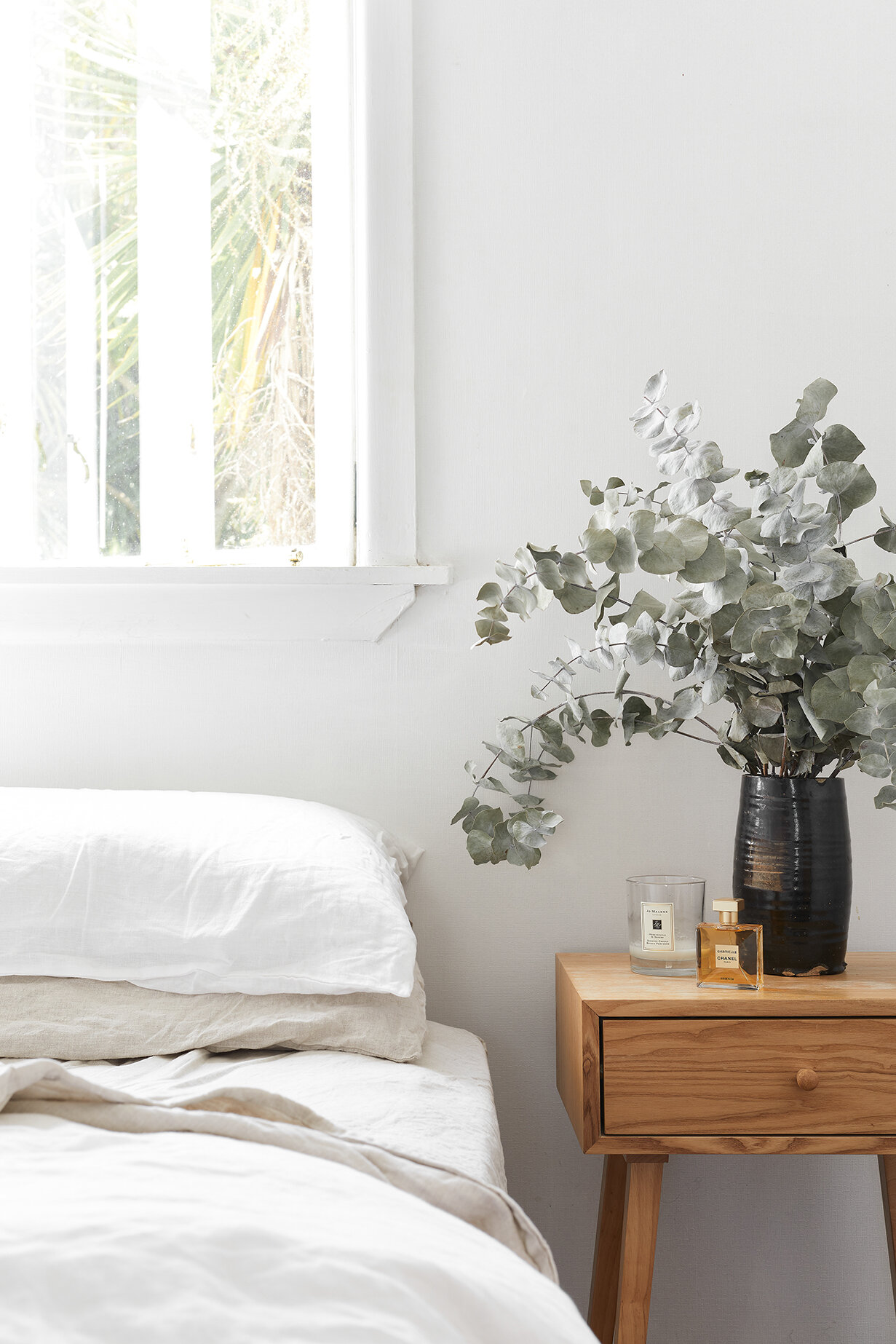 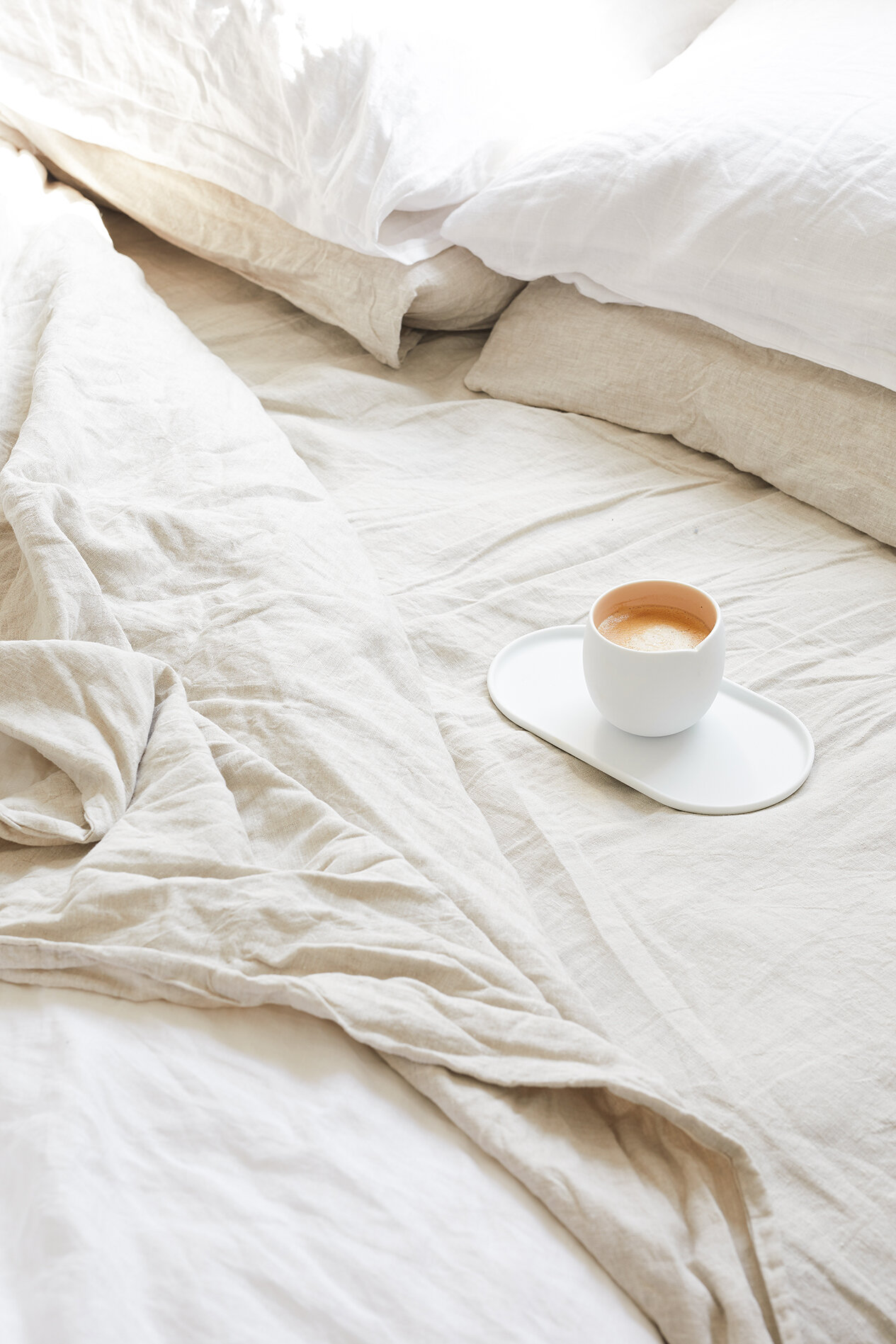 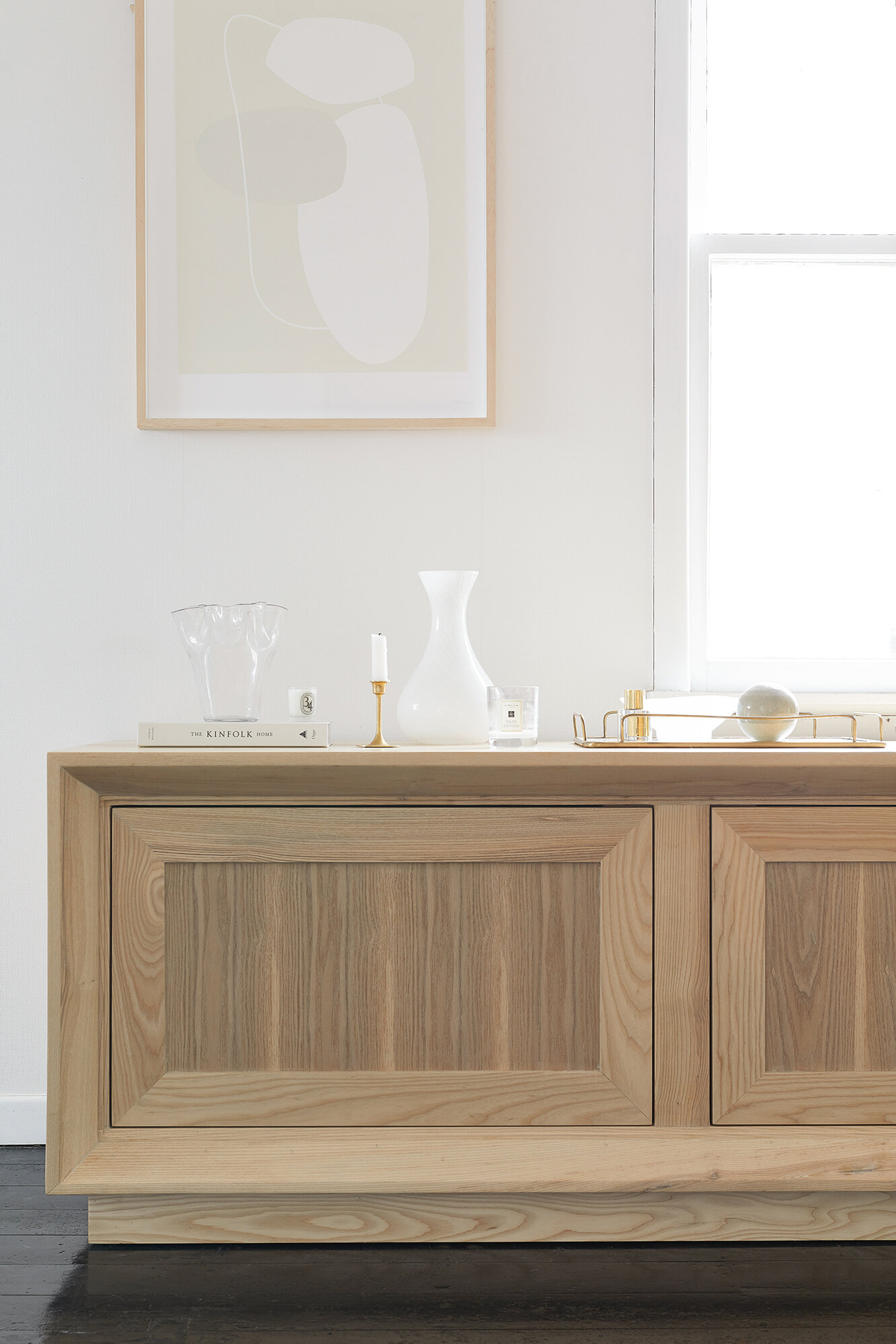 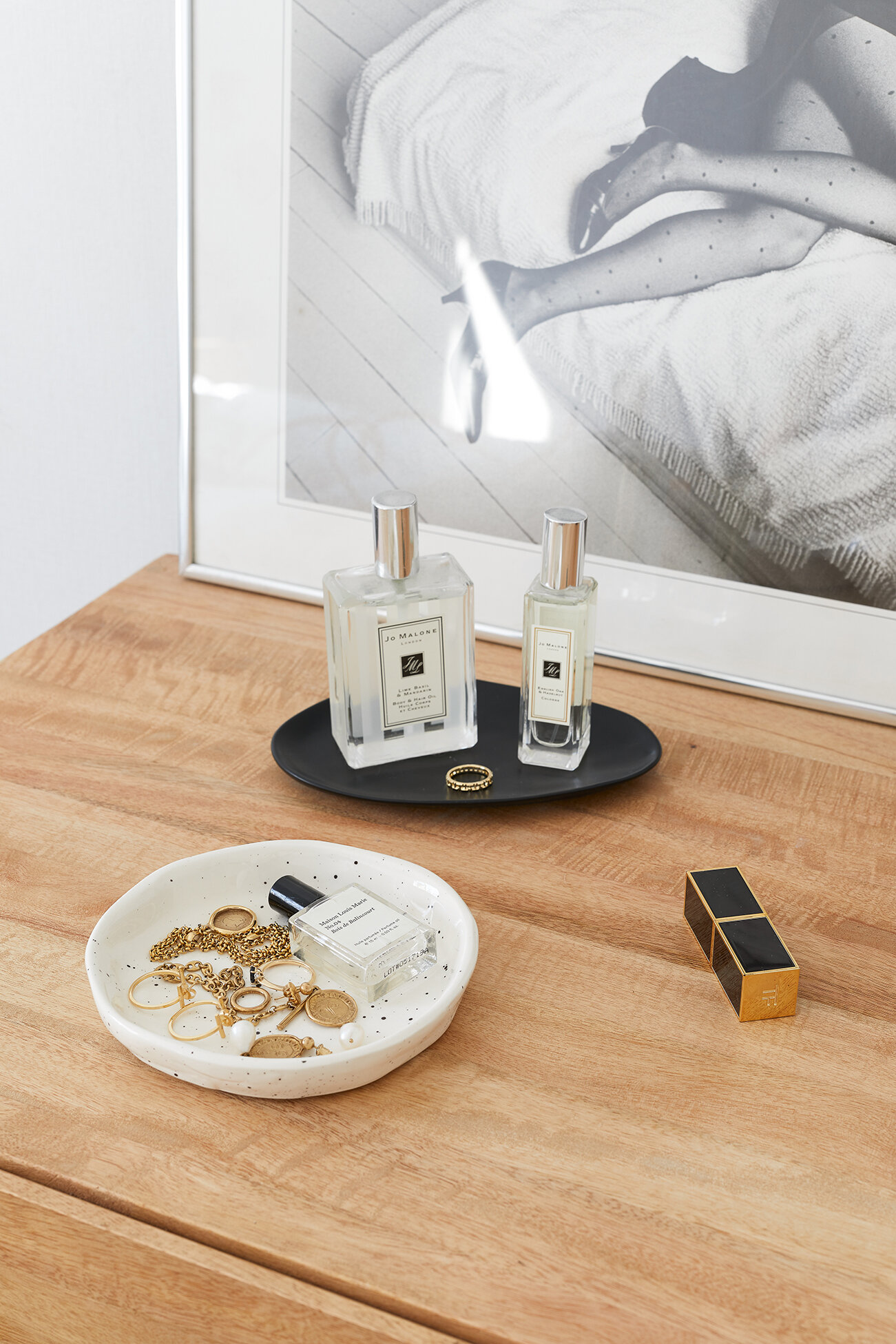 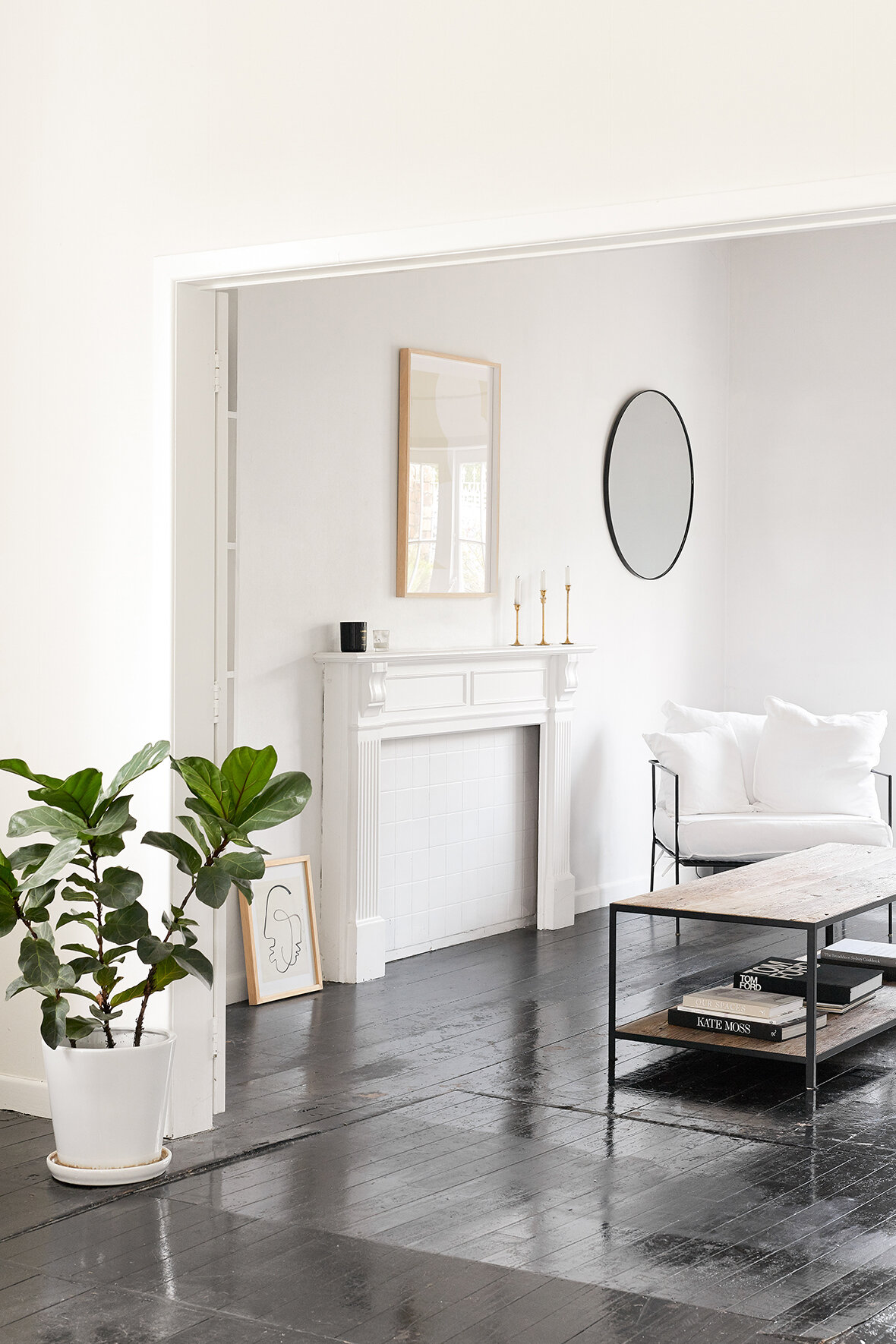